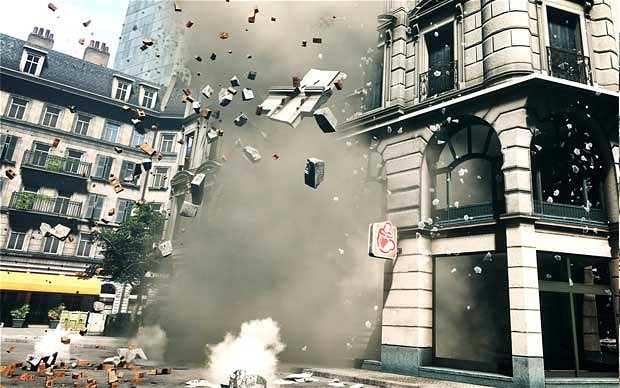 Destruction has become a huge part of the Battlefield franchise. It was first introduced in Battlefield: Bad Company and has since then, become a staple part of the franchise. In an interview with IGN, Karl-Magnus Troedsson, General Manager at DICE, revealed that destruction was not originally intended to be a main part of the series. “When we threw in destruction, with having more dynamic environments in there, it actually worked out pretty well by itself.” He continued, “the destruction didn’t really rupture the whole Battlefield system. It actually was just a nice-add on…”

Many fans would agree that it was a very welcome addition in Battlefield: Bad Company 1, which was later improved in Bad Company 2. However, it has introduced other un-anticipated problems along with it as well. For instance, “there were some maps that actually, after a while, if you played very long in the same area, you’d just grind down everything to the bottom, which made it really hard sometimes for, like, the defenders in a rush map,” said Troedsson himself. “When we see these things, [we think] okay, we have to add some covers that actually are not destructible.”

In recent trailers and interviews, it’s been revealed that there won’t be as many completely destructible buildings like there were in Bad Company 2, however, destruction will still play a large role. Though you possibly may not be able to drop buildings on enemy’s heads in BF3, you will still be able to kill them with falling debris from destroyed walls or structures. Alan Kertz, senior gameplay designer at DICE, shed some more light on this subject when asked whether the player who caused the debris gets credit for the kill or not. He simply replied, “credit is given where credit is due.”

If you played the multiplayer in the 2010 reboot of Medal of Honor, you will notice that DICE did not include any destruction at all. So far, we’ve seen a few things from MoH carry over into Battlefield 3 and now, perhaps, we will see less destructible environments as well.

Do you think this will better serve the gameplay? Let us know in the comment section below.

Be sure to check out some more information on Battlefield 3’s new voice chat system, and some more gameplay changes regarding stationary heavy machine guns.