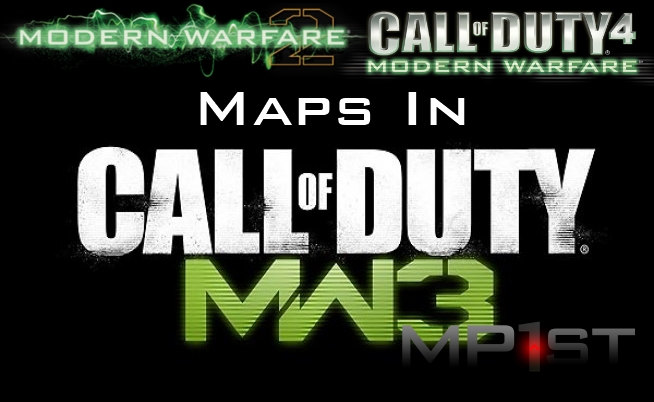 A few weeks ago, we reported on alleged Modern Warfare 2 and Call of Duty 4 map files found in Modern Warfare 3. In the previous leak, the maps were CoD4’s Crash, Crossfire, Strike, and Overgrown along with MW2’s Highrise. Apparently, there are three other classic maps and two new ones to join the MW3 map rumor mill.

This new, apparently leaked flyer reveals that on the 12th of January, 2012, Modern Warfare 3 will receive its first map pack packing in five maps, two brand new ones (Aftershock and Fallout), two from MW2 (Terminal and Favela), and the smallest map from CoD 4 (Shipment). This map pack is supposedly going to be available for all MW3 players on that date with Elite paid members having a head start earlier. Take this leak with a big grain of salt since the word “unrational” technically isn’t a real word, but keep in mind that Activision did make up a word in the past with “Mapathy”. 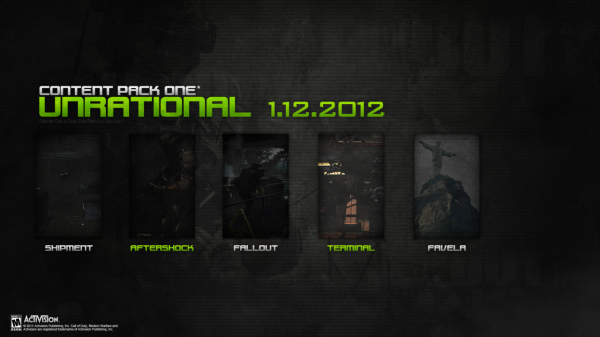