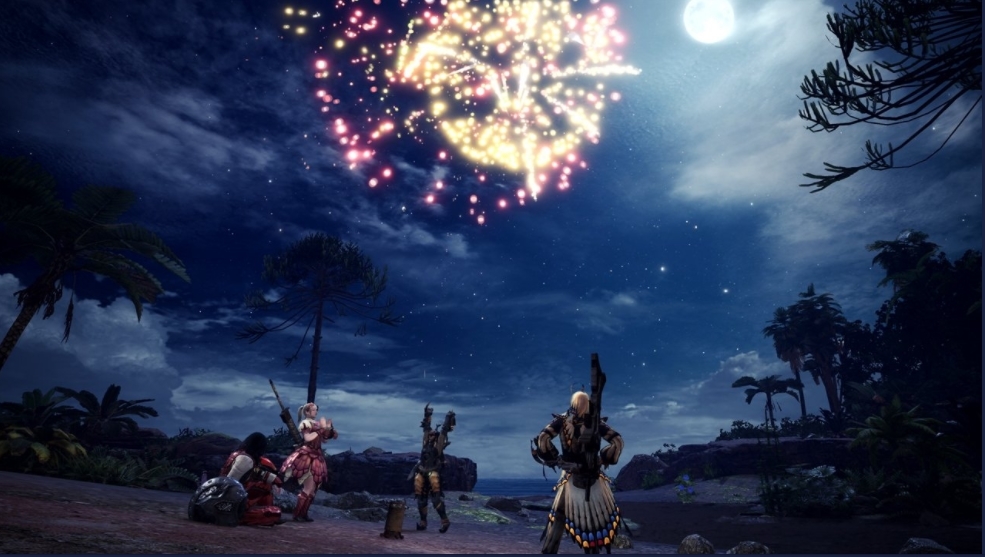 Check out our first look at the monster as well as what his armor set would look like below.

BEWARE! The World Eater arrives in #MHWorld on March 22! pic.twitter.com/yZpw3zF2Uv

Not only that, but there’s a ton more info regarding the Monster Hunter World spring update that revealed as well. Fortunately, Reddit has been kind enough to compile the info, which you can read about below.

YouTuber GaijinHunter has a tweet chain of the talked about changes coming to the weapons.

Festa for 2018 in Japan, March 22 for Deviljho, GS getting buffs to LV2 and LV3 normal.strong charge, LS getting longer foresight window

There will be faster loading times, ability to boot the game from the all, and a “no flinch” tweak when carving!

Remember the Devil May Cry content shown off yesterday? It’s now confirmed that the gun animation/gesture shown off will be paid DLC, which isn’t that surprising given the Street Fighter V content gated Ryu’s hadoken and shoryuken as well.

There’s also the Spring Blossom festival season event which will run from April 4-20; players can expect the Gathering Hall to be adorned with flowers, fireworks, and even a giant Poogie statue! During the event duration, two lucky vouchers per day will be given out,

Celebrate the Spring Blossom Fest with fireworks and other fun daily rewards in #MHWorld from April 6 through April 19. pic.twitter.com/ZpUMSNRywP

Remember the Mega Man armor for your Palico? It now has a date! Expect it to be released in April 13!

Check out the rest of the revealed info in this compilation thread.

That about wraps it up. Given how well the game has sold so far, it’s amazing that Capcom is following it up with free content than trying to milk customers ASAP. Let’s hope Capcom keeps up the post-launch support.