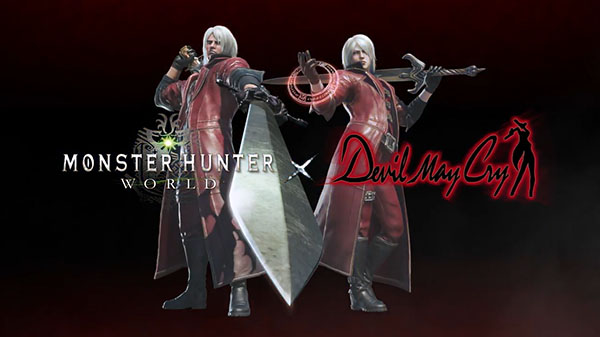 Check out the trailer below to see how awesome it looks so far, and nope, it’s not just a re-skin, either.

According to Capcom. Dante will use the combination of the Force Edge and Alastor weapons in Monster Hunter World, which will fall into the charge blade category. However, there’s no shield this for Dante that’ll be available, and instead of the sword turning into an ax, it’ll turn to Alastor — Dante’s trusty sword in the franchise — instead.

Sadly, no specific release date has been mentioned so far but Capcom has said that it’ll be an event quest. Speaking of events, there’s going to be a special broadcast tomorrow where we’ll see our first look at Deviljho!

Don’t forget to check out our Monster Hunter World guides! We have one that teaches you how to “save scum” for Decorations, a fantastic end-game bow build guide, and even one for Augmenting!