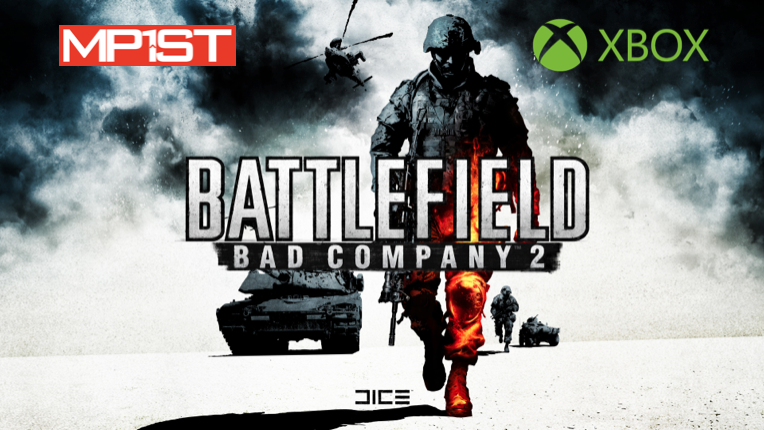 Back to Battlefield: Bad Company 2 and #GlovesForTags With MP1st This Weekend

Back to Battlefield: Bad Company 2 with MP1st on Xbox 360

Looks like we ran into some major issues tonight. We believe that the free Games With Gold version of Battlefield: Bad Company 2 is missing a few important updates that are needed to play online, which is why a lot of you were unable to connect to EA’s servers. Some of you who may already own the game might even be missing an update or two.To make sure your game is up-to-date, either go to the in-game STORE or the XBOX LIVE MARKETPLACE to download all the latest (free) updates you might find there, including the free VIP Pass. See if you can connect to EA’s servers afterwards.If you’re down, let’s meet again on Sunday at 3PM PST / 6PM EST! Cool?

PS. You can stay up to day by following this forum thread as well as @MP1st, @Mister_Veselka, and @DennyKovacs on Twitter.

One of our favorite Battlefield games of all time is now being offered to all Xbox Live Gold members on Xbox 360 for free between today, October 1, and Monday, October 15. So, with everyone on last-generation’s Xbox getting open access to one of DICE’s most beloved and fun-filled Battlefield titles ever, we figured we’d take this moment to organize a relaxed but epic night of Bad Company 2 with some of our readers.

We’re looking to recruit roughly 20 – 22 (or more) of you to participate in a ‘Back to Battlefield: Bad Company 2’ night with MP1st staff on the Xbox 360 this Friday, October 3 between 3:30PM – 5:30PM Pacific / 6:30PM – 8:30PM Eastern. We’ll start up some private matches and revisit some of those memorable Bad Company 2 maps that we all know and love. If there is enough interest, or if we can’t rotate through all participants during that time frame, we’ll open up a second event on Sunday, October 5. Time TBA.

Must be an Xbox Live Gold subscriber.

We’ll be live streaming the entire thing from the perspective of MP1st staff, so if you can’t quite participate, you can always hang out with us on our official Twitch channel when the games begin.

Looking forward to seeing you all on the battlefield!

Battlefield 4 Gloves For Tags with MP1st on Xbox One

Immediately following Friday’s ‘Back to Battlefield: Bad Company 2’ event, MP1st will be teaming up with Gloves For Tags at 6:00PM Pacific / 9:00PM Eastern for a night of backstabbing in Battlefield 4 on Xbox One, hosted by our friends at Clan Lucky Strike and sponsored by Mechanix Gloves.

What’s Gloves For Tags? Be on the lookout for [MP1] Veselka or [MP1] PI3KY while you play. Getting a knife kill on either one of us lands you a free pair of Mechanix Wear gloves! We’ll be keeping track of whoever’s lucky enough to get our tags, but those who do will be able to submit a special form to claim your prize.

You can watch the whole thing go down with multiple streams, including commentary, on Clan Lucky Strike’s official G4T page.

If you’re up for the challenge, we’ll see you online this Friday!