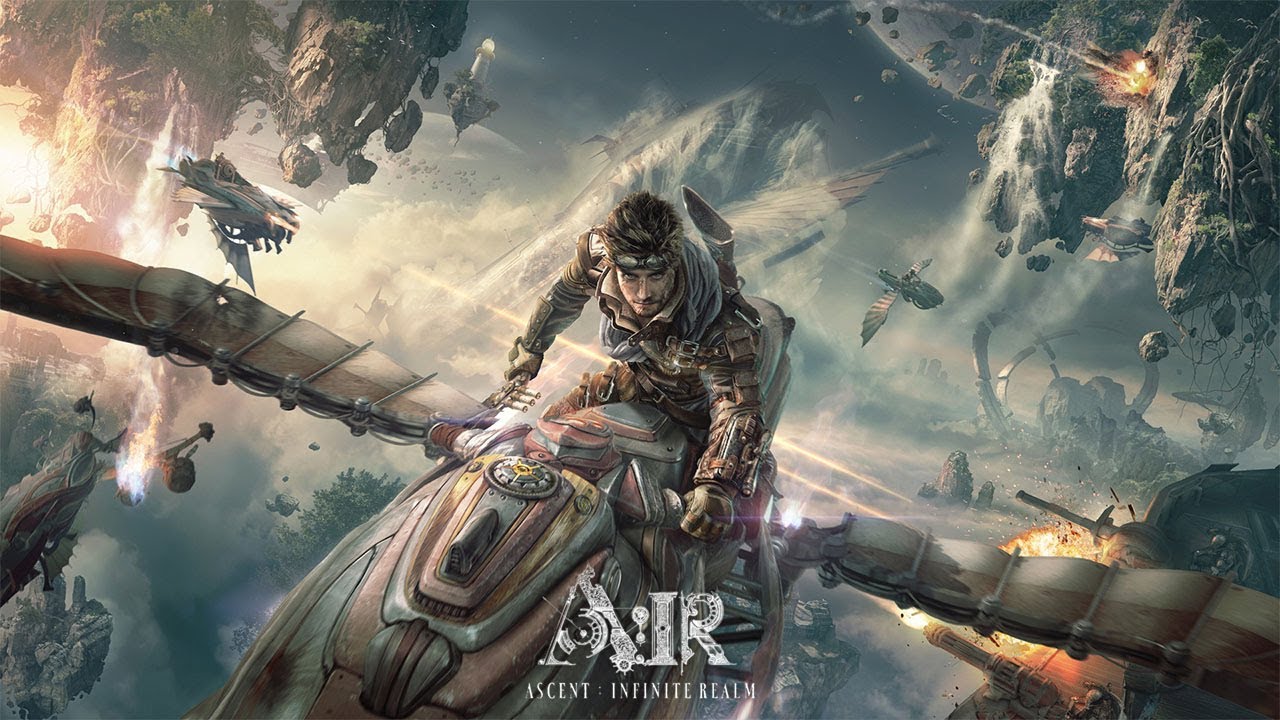 What a surprise this is! While working on PlayerUnknown’s Battlegrounds, it seems that developer Bluehole has also been trying their hand at making an MMORPG called “Ascent: Infinite Realm.”

The game was announced alongside a reveal trailer, which includes early gameplay and a general overview of the game’s major features.

Take a look at the 5-minute trailer:

Welcome to A:IR, the groundbreaking new MMORPG from
the developers that brought you Tera and PlayerUnknown’s Battlegrounds.

Get ready for an amazing world filled with Airships, Dragons, Magic & Excitement!

Ascent: Infinite Realm will have a variety of classes. Five of these classes have been detailed so far, and you can find their descriptions below.

Sorceress – Master of the Arcane Arts

With her keen senses and an innate gift for sorcery, the Sorceress commands an arsenal of elemental magic. Although she lacks the full defense of other classes, she more than compensates for this by obliterating enemies from afar.

Behind her child-like appearance, a Mystic commands the powers of nature. Mystics aid their allies through healing magic, while chastising attackers from afar. Do not let their misleading appearance fool you into thinking otherwise; Mystics are very formidable.

The Warlord needs no elaborate words to describe himself; his battle prowess speaks for itself. Endowed with superior physique, the Warlord wields gigantic weapons at the front line to protect his allies and claim glorious victory in battle.

A whisper in the dark and the flash of steel are the only signs of an Assassin. These purveyors of death offer little in the way of remorse; lethal damage is their forte. Should you be unfortunate enough to find the wrong side of their blades, prepare your last words.

Gunslingers have a unflinching resolve and treat the battlefield like a playground. Whether it is landing an impossible shot or unleashing a volley of powerful blasts, a Gunslinger will always shape the battle in their favor. Be careful never to cross one or you will be surprised.

What do you think of Ascent: Infinite Realm? Think it could become as big as PUBG?

In other PUBG news, a recent update rolled out to Test Servers but didn’t include the hotly-anticipated vaulting feature, the Xbox One release date is now confirmed, and read up on Greene’s plans for the game.