In case you haven’t been keeping tabs with gaming news here on MP1st (shame on you if you haven’t), then you might have missed the news that Ubisoft is set to announce a new Ghost Recon game tomorrow, May 9, 2019.

Well, it seems we don’t even have to wait until tomorrow to know its official title. Thanks to Ubisoft’s own store, we now get to see the “Wolves Collector’s Edition” of the new Ghost Recon game, which is titled “Ghost Recon Breakpoint.” 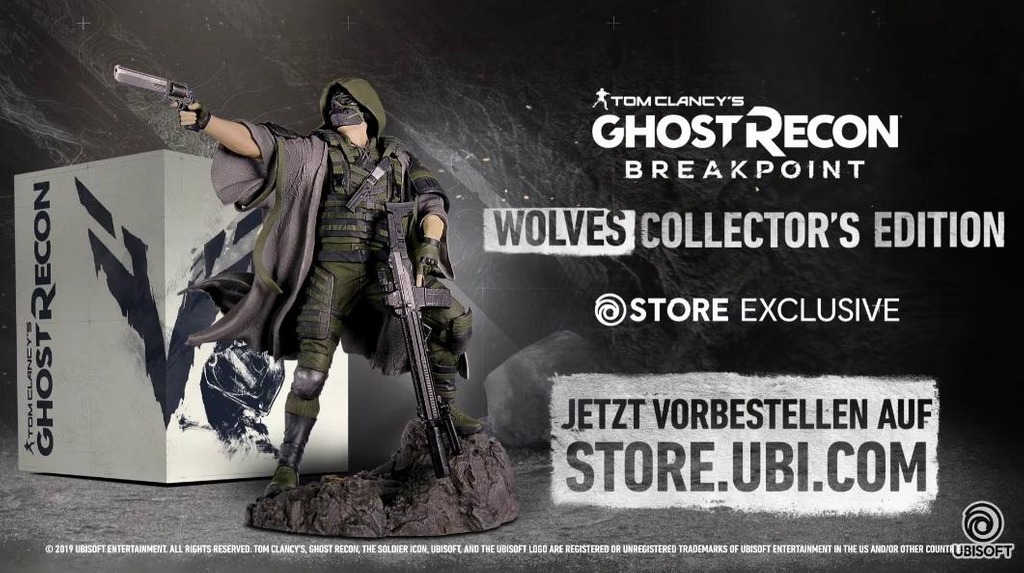 Not only that, but there’s a ton of details that are known as well. In a now-removed post on the Ghost Recon subreddit, user PracticalBrush12 has posted the Ghost Recon Breakpoint release date, and a lot more details! Thankfully, Reddit user falconbox reposted the message in full, which you can read below.

(Note: added a screenshot for the pulled Ghost Recon post):

Hi guys, new Ghost Recon is coming are you excited?

It’s Ghost Recon Breakpoint, seems to be a story driven 4 player experience against Cole D. Walker(gone rogue) and his army of mostly weaponized drones. Is coming out on October 4th this year, PC PS4 and XBOX.

No news about the multiplayer yet, but there will be a deluxe edition called “Wolves”.

There will be gameplay reveal too but flaired as “alpha footage” so I guess nothing final. It’s showing a sequence in quite nice jungle, with mud mechanics, then to clearing an outpost.

So far it seems the game will be fun, what do you think?

PS. Sorry, no screenshots this time :/

Is coming out on October 4th this year, PC PS4 and XBOX.

No news about the multiplayer yet, but there will be a collector’s edition called “Wolves” exclusive to the Ubi Store, contains a 24cm figurine of Cole, a map, arts, Year 1 Pass (sigh) and Ultimate Pack (which has some missions, vehicles, cosmetics and early class unlockers) and you can play 3 days before premiere.

Bear in mind that all the info above have NOT been confirmed by Ubisoft and as such, should be treated as rumors for now. Having said that, these are very plausible rumors given the leaks and the Collector’s Edition image.

Make sure to watch out for tomorrow’s reveal where we’ll get to hear about the game in an official capacity.