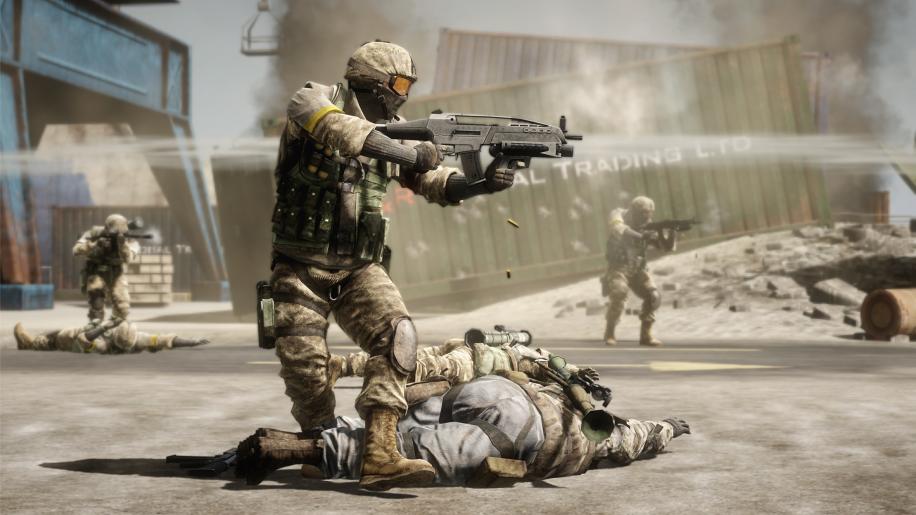 While Battlefield 1 just had its latest expansion, Turning Tides, released today, franchise fans (like me) are already looking forward to what Battlefield 2018 will be.

Well, if this recent video is anything to go by, it’ll be none other than Battlefield: Bad Company 3! This info is courtesy of AlmightyDaq, who also leaked a ton of Battlefield 1 info that turned out to be legit. Here’s some of the info we’ve compiled from the video.

Various locations in the campaign will be “mid and post-Vietnam conflict” and not include the Cold War, and will not be “historically accurate.” Game modes confirmed to be in it are: Conquest, Rush, Operations, Domination, Team Deathmatch. There will be a 5v5-centric game mode similar to Squad Obliteration.

Maps will allegedly focus on “tighter gameplay” rather than “all-out warfare” and will be similar to Bad Company 2 and Battlefield 3 maps like Oasis Grand Bazaar, Harvest Day and so on.

Regarding gunplay, there will be Vietnam and Cold War era guns, and the gun customization will supposedly rival that of Battlefield 4, which means it’s going to be robust compared to the more simplistic approach of BF1. The character, gun and vehicle customization will also be improved (think: BF4 than BF1), which should be good news for lots of players who are into that.

When it comes to vehicles, players can expect modern tanks, LAVs, helicopters and the like to make a return, The kits (classes) in Bad Company 3 will be the Engineer, Support, Assault and Recon classes, which, if true, will be similar to BC2. Allegedly, the overall gameplay will be a “faster tempo” than BF1, and will have a higher skill gap.

Finally, microtransactions won’t be a thing (at least for now), and it won’t follow the same path as the highly controversial Star Wars Battlefront II! Let’s hope this is true, and that EA has learned a lesson or two from what happened to BFII.

AlmightyDaq mentions that we should expect a reveal at E3 2018, which is where EA typically announces their big games, and that a lot of YouTubers already know of BC3’s existence though aren’t talking about it for now.

You can watch the video below to hear it all firsthand, but remember: all of these things are rumors, until proven or debunked by EA and DICE. Even if Battlefield 2018 is indeed Bad Company 3, there’s a lot of things that can change which could make the info inaccurate. We’ve reached out to EA and will update the post if and when we get a statement about this.

If true, would you want Bad Company 3 or would you rather DICE release a direct sequel to Battlefield 1? As a longtime fan of BC2, I really hope this is true, and that DICE gives us a BC3 that’s faithful to BC2 which some consider one of the best titles in franchise history.

Share your thoughts about this in the comments below, and get hyped, soldier!