The leak was highlighted on Reddit, where a link to the tweet from PlayStation Germany was shared. While the tweet has now been deleted, you can see a screenshot of it below: 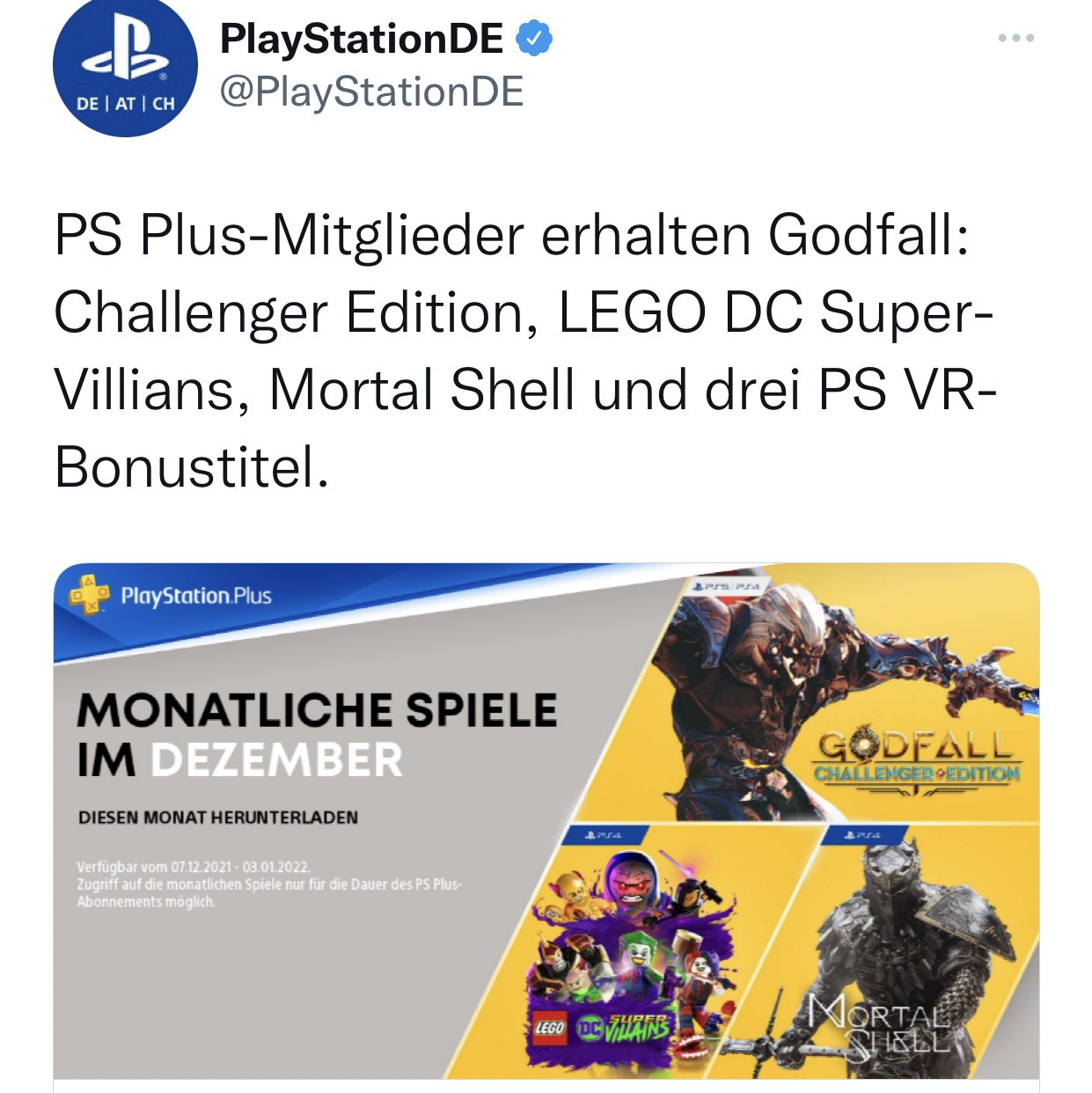 The games will be available for free this month of December, starting from December 7, 2021 to January 3, 2022.

In case you missed it, here is the list of PlayStation Plus games for the month of November 2021. These are still available until December 6, so don’t miss out on downloading if you haven’t done so:

Godfall is a looter-slasher set in a bright fantasy universe filled with heroic knights and arcane magic. Embark on adventure in a fantasy action RPG that utilizes high-impact third-person melee combat to engage players as they hunt for loot, don legendary armor sets and defeat vicious enemies. The Challenger Edition focuses on three unique modes: Lightbringer, Dreamstones, and the Ascended Tower of Trials. All three are endgame-level content, but you’ll be immediately equipped with a spread of deadly weapons and skill points, letting you team up with up to two other players* in co-op. Perfect your build and smash your enemies. Challenger Edition’s endgame co-op is compatible with all upgraded editions of Godfall & supports cross-gen play. Godfall: Challenger Edition players can upgrade at any time to the Deluxe Edition gaining access to both Godfall and Fire & Darkness campaigns.

It’s good to be bad… Embark on an all-new DC Lego adventure by becoming the best villain the universe has seen. Players will create and play as an all-new super-villain throughout the game, unleashing mischievous antics and wreaking havoc in an action-packed story. Set in an open world experience within the DC universe, the Justice League has disappeared, leaving Earth’s protection to their counterparts, who have proclaimed themselves as the ‘Justice Syndicate’. It’s up to you and a crazy group of misfits to uncover the intentions of Earth’s new, strange, wannabe superheroes. Joined by renowned DC Super-Villains: The Joker, Harley Quinn, and countless others from the Injustice League, players will set out on an epic adventure.

Mortal Shell is a ruthless and deep single-player action-RPG that tests your sanity and resilience in a shattered world. As the remains of humanity wither and rot, zealous foes fester in the ruins. They spare no mercy, with survival demanding superior awareness, precision, and instincts. Track down hidden sanctums of devout followers and discover your true purpose.