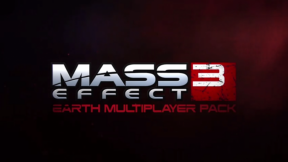 News 2 Earth is under attack and its up to you to save it. The Mass Effect 3: Earth Multiplayer Pack is now available to download for users on the Xbox 360, PS3 and PC. For your mission briefing, check out the brand new Mass Effect 3: Earth trailer below featuring gameplay on the three new maps; […] 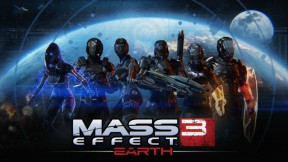 News 5 Get a look at Mass Effect 3’s upcoming multiplayer DLC titled Earth via gameplay footage of all three new maps: Firebase Vancouver, London and Rio. Before checking out the vids below, make sure to read up on the all new DLC BioWare has to offer. We’ve got details on all the weapons and N7 classes […]

News 7 “The fighting is fiercest when it’s your home at stake,” reads the official description of the upcoming Mass Effect 3 multiplayer DLC titled ‘Earth’ releasing this Tuesday, July 17th on the Xbox 360, PS3 and PC (July 18th for PS3 users in the UK). Other than the recently discovered leaked info, no further details were […] 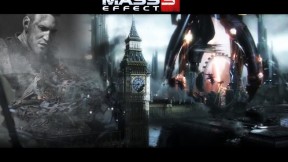 News 7 Earlier today, BioWare announced yet another multiplayer DLC for Mass Effect 3 simply titled ‘Earth’. No details were announced other than it would, once again, be free and will drop on the 17th of July (at least on the Xbox 360). However, leaked details spotted by forum user Gibbed, describe some of the “N7” weapons […] 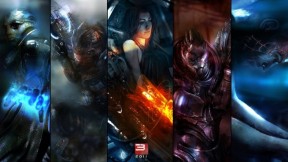 News 5 BioWare is set to release more free multiplayer DLC for Mass Effect 3. The newest pack is called ‘Earth’, and will launch on July 17th on Xbox 360, as outed by Major Nelson. Last month, Redditor derptemp6698 leaked the following blurb about ‘Earth’. Of course, take this with a grain of salt, but it seems to be legit. The fighting […]