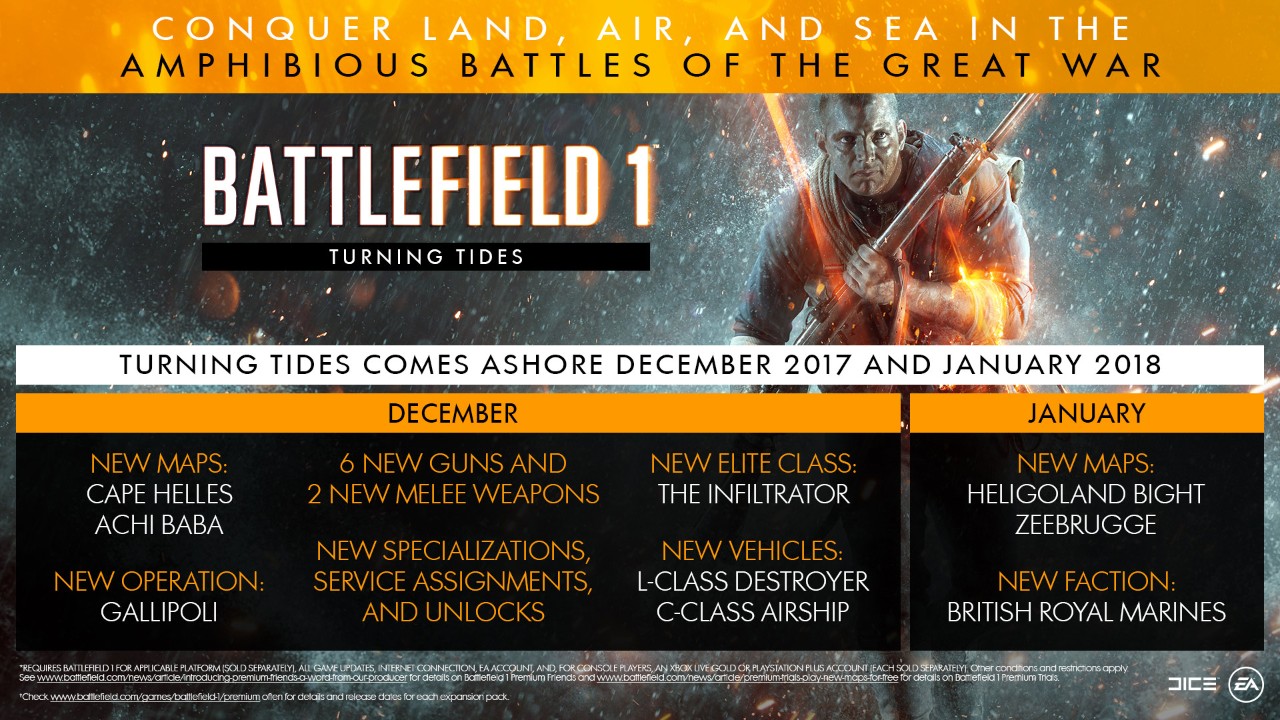 After our mini info blast regarding Battlefield 1’s Turning Tide expansion, EA has now revealed a lot more info regarding the game’s third expansion! We now know the maps, how many new weapons will be included and more — lots more!

First off, the Battlefield 1 Turning Tides expansion content will be split into two parts; one in December, and the other in January 2018. Entering this coming December for Battlefield 1 Premium members are:

DICE has also announced that there will be a Premium Trials event, so non-Premium members can try the DLC out for free for a limited time. Remember: any XP you gain from the expansion will be locked until you purchase Turning Tides or Battlefield 1 Premium.

Will you take to the high seas for Turning Tides or are the vanilla maps good enough for you? Don’t forget, we’re also getting Operation Campaigns next month as well.