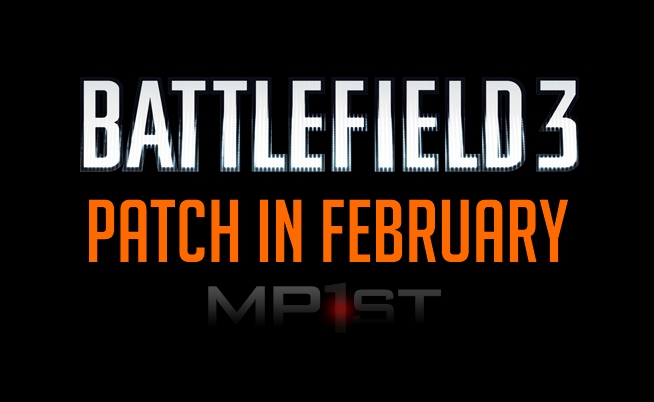 We finally have word of another Battlefield 3 patch on the way. While there are no official details available yet, we do have word of DICE looking into a number of bugs and issues.

Many fans are reporting troubles playing with friends in Battlefield 3. The most common issue many of you may have already experienced is having either yourself or a teammate kicked to the opposing team, even though you were in the same squad in the menus. Others are reportedly having problems simply joining a game as a squad. As we all know, teamwork is a huge part of the Battlefield 3 experience. Therefore, issues like these should be dealt with quickly. Thankfully, DICE has stated that they “are aware of squad related issues, and are working toward a fix.”

A few other fixes that should be making their way to Battlefield 3 soon:

Alan Kertz, Senior Gameplay Designer at DICE, has mentioned that he will be looking into fall damage. Many players currently find it too unforgiving. He replied, “totally on the list.” Tomas Danko, VO Producer at DICE, recently had this to say, revealing the month in which we can expect a new patch: “I just found & fixed a bug that sometimes caused opposite faction/team Radio VO to play in the deploy screen or while being dead. Feb patch.” Danko also recently talked about adding horn sounds for humvees/vodniks: “a colleague of mine fixed it but I don’t know what happened/what patch it got added to. I expected it to go live already.” There seems to be a bit of confusion regarding horns but it looks like they could be added shortly. Danko also updated fans on the incoming Comrose 2.0: “comrose is being updated to resemble the old one,” most likely referring to Battlefield 2. He also added that “a lot of other issues are being worked on. Multiplayer is still being developed.”

Of course, on top of these bugs and issues, we could possibly see some of those weapon attachment rebalances that Alan Kertz has been working on recently. You can read more details here.

So, it looks like we can hopefully expect a patch next month. If anything like before, it should appear for the PC version first and then on consoles. Make sure to stay tuned to MP1st for more details. Remember, you can follow us on Twitter and Facebook where we are also holding a BF3 dog tag giveaway!

Don’t forget to vote for your favorite multiplayer experience of 2011 on the right side-bar!