EA has blown the lid wide open in terms of Battlefield V open beta details, and it seems PS Plus won’t be required for PS4 gamers! Unfortunately, Xbox Live Gold is still needed for Xbox One people. Bummer.

Don’t forget that those who pre-order will get a two days’ (48 hours) head start ahead of everybody else. Once that’s done, the gates will open to everyone! 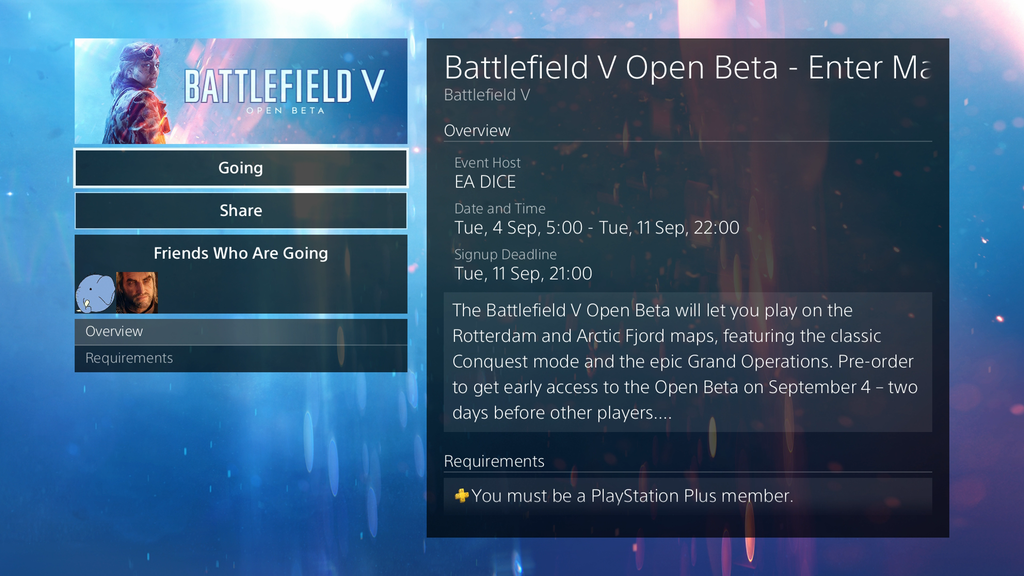 It’s been a big week for Battlefield V; what with the gamescom footage embargo lifting yesterday, and along with it, a deluge of info and footage has come to surface. Also of note, a recent big rumor has come to light that mentions EA has plans for to roll out Battlefield V’s battle royale mode for free, and even include a Battlefield: Bad Company 2 Remaster post-launch.

Keep it locked in here on MP1st for the latest in Battlefield V news.

Battlefield V Delayed to November, DICE Says They Want to Get It “Right”