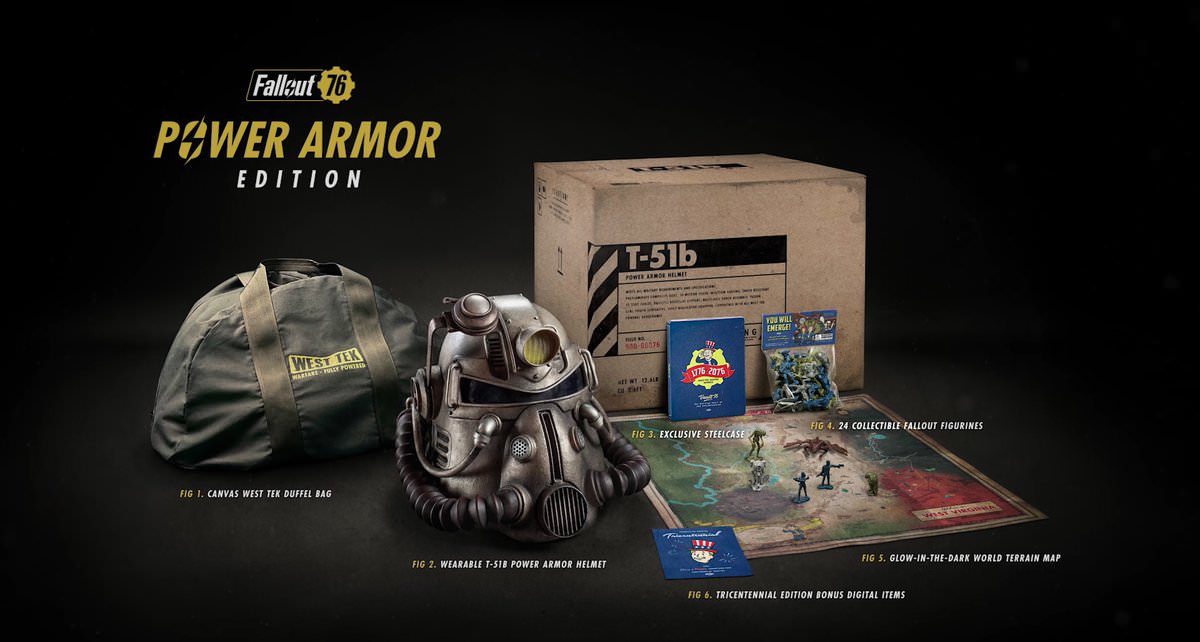 In case you didn’t know, Bethesda is under fire right now not only for Fallout 76’s shortcomings, but it seems due to false advertising as well. The Power Armor Edition of Fallout 76, which costs $200, originally had a nylon bag instead of the canvas one advertised, which you can see below.

Naturally, players are miffed, but today, Bethesda has issued an apology, and has promised that a gift of 500 atoms (roughly around $5 in real world currency) will be given to those who felt slighted by what has happened.

We understand and respect that there is disappointment with the bag in the Power Armor Edition. We are sorry. Please contact Bethesda Support to provide proof of your CE purchase. They will assist in granting your account 500 Atoms.

A Twitter user quickly pointed out that your 500 Atoms can net you a door (300 atoms) and a flower (300 Atoms) for your trouble.

For anyone who's wondering what you can get with 500 Atoms, you can get a door and some flowers. pic.twitter.com/4iOPzErV06

Understandably, people are still upset with this “apology.” No word yet whether Bethesda will offer more compensation for the falsely advertised bag, but if and when they do, we’ll make sure to keep you updated.

In other Fallout 76 news, go read up on the game’s planned patches. If you’d rather check up on the issues the game has, a fan compiled all the known bugs so far.