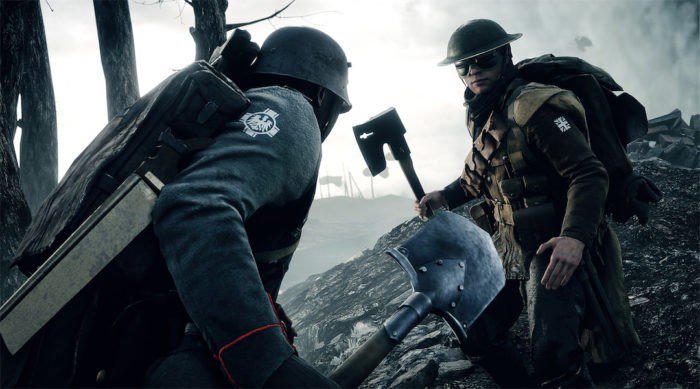 With Halloween right around the corner, more and more games are getting in on the festivities by hosting their own Halloween in-game events to entice would-be ghouls. Chalk Battlefield 1 as another game you can add to the list via a BF1 community mission just for the holiday.

Over on Twitter, DICE announced the “Humans vs. Zombies” Halloween Event, where the BF1 community has two hours to try and melee kill “special” shotgun-wielding VIPs! It’s set to roll out this coming weekend for the PlayStation 4, Xbox One and PC.

Join the undead and tackle a unique community experience with the @OfficialHvsZ events this weekend. pic.twitter.com/hKMLvmXbQa

While the actual rewards haven’t been announced, chances are high that participants will get a Battlepack for their trouble.

It’s been a rather busy month for Battlefield 1 as DICE announced the winner of the create-a-dog-tag contest that will be available in a future game update. Also, fans have uncovered Neebs from Battlefield Friends in BF1 Here’s how to “trigger” the Easter egg.