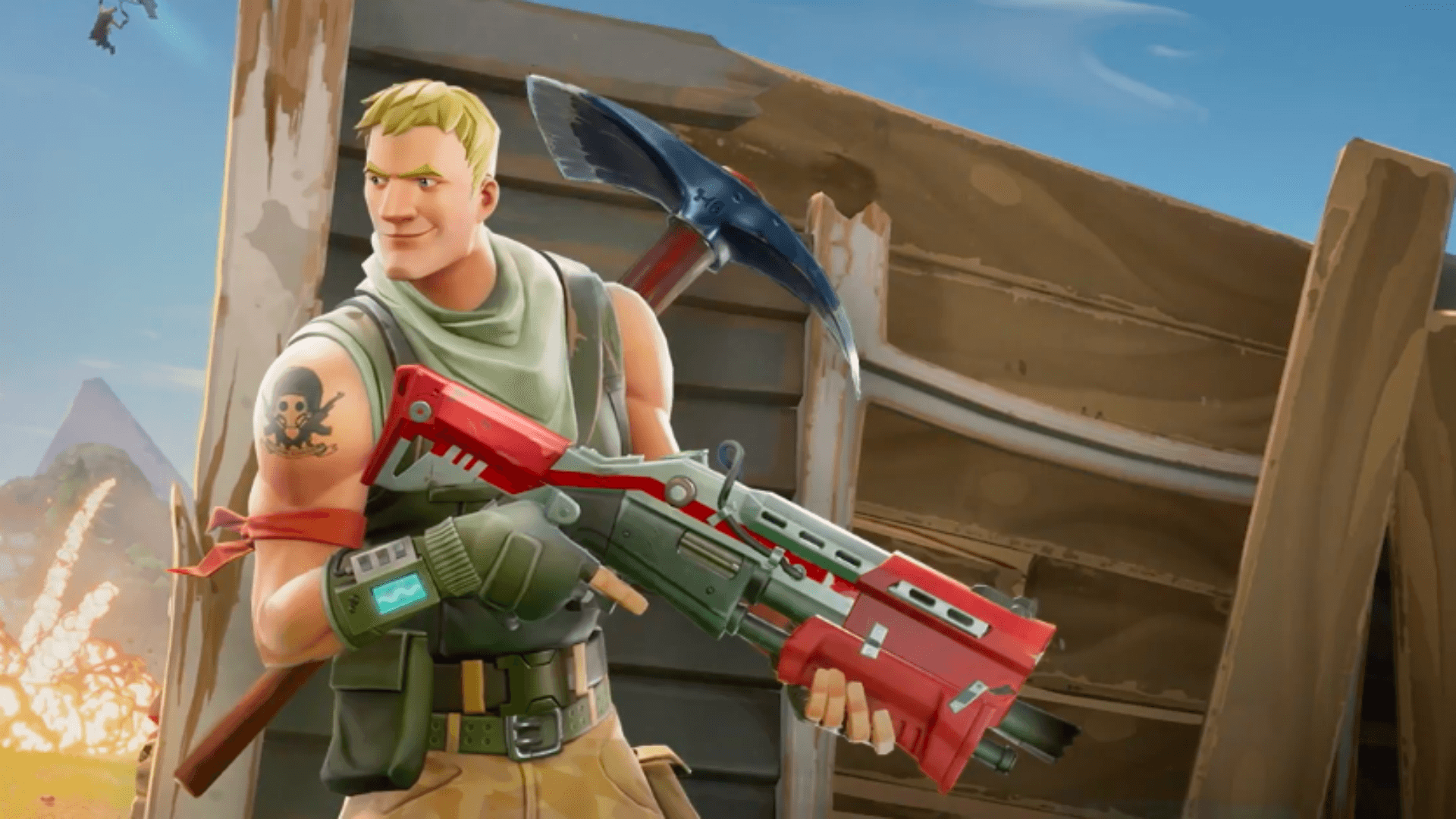 The Fortnite 2.4.0 update is finally live, and rolling out to PS4, Xbox One, and PC users. Download and install the patch to access all of the new content and improvements.

Found in Chests and Supply drops

Fires almost as quickly as SMG

This enables/disables the auto run feature on controllers.

Auto run, which was introduced in v2.3.0, is enabled by double clicking the left thumb stick on controllers.

Fixed a few landscape areas that were barely below floor height before.

This sometimes caused the majority of a structure to appear underground.

Players can now shoot through the Soccer goal.

This new preference allows you to set the resolution of the 3D world, without affecting the user interface.

The range goes between 640×360 and your selected Display Resolution. Using a lower 3D Resolution may greatly improve frame rate.

When selecting an overall Quality option, an appropriate 3D Resolution will be chosen automatically.

Fixed a client crash that would get triggered by an audio cue.

Fixed an issue preventing players from unmuting other players in the lobby screen.

Fixed an issue causing an incorrect character model to display on the lobby screen.

Fixed an issue causing entire walls to highlight when looking at a door.

Fixed client hitching which could occur when the Chug Jug was found in game.

Made engine performance improvements to how we process collision overlap events.

Reduced network bandwidth usage when players are walking, and when they are standing still.

Added spectator count UI to the HUD. This appears in game as a small eye in the lower left corner when there are active spectators. Better off not knowing? There is also an option to disable the feature under game options labeled “Show Spectator Count”.

Removed an unnecessary button prompt on the left side of the news widget.

Added a border highlight around item shop tiles when selecting them on consoles.

Fixed an issue allowing the old trap picker radial menu to open. This radial menu is no longer used for selecting traps.

Fixed an issue causing weapon icons to not display properly on the hotbar in some cases.

Fixed a few spots on the map and minimap that were rendered as black spots.

Fixed emotes being offset if they were viewed in succession.

Optimized the colored rarity effect on weapons and items to improve overall performance.

Improved spatialization of loot chest audio by increasing the audio volume if you’re aiming at them.

Fixed a directional audio issue when another player switches to a shotgun.

Fixed the missing collision on a window asset in Tilted Towers.

Fixed flickering artifacts that are sometimes seen on the rivers while riding the Battle Bus.

Fixed an issue causing two items to spawn in the same location near Lonely Lodge.

Fixed some seams in the terrain south of Anarchy Acres.

Disabled the collision on the vines in Moisty Mire.

For the Save the World patch notes, click here for the full lowdown.

What are you most looking forward to trying out, following the Fortnite 2.4.0 update? Let us know!