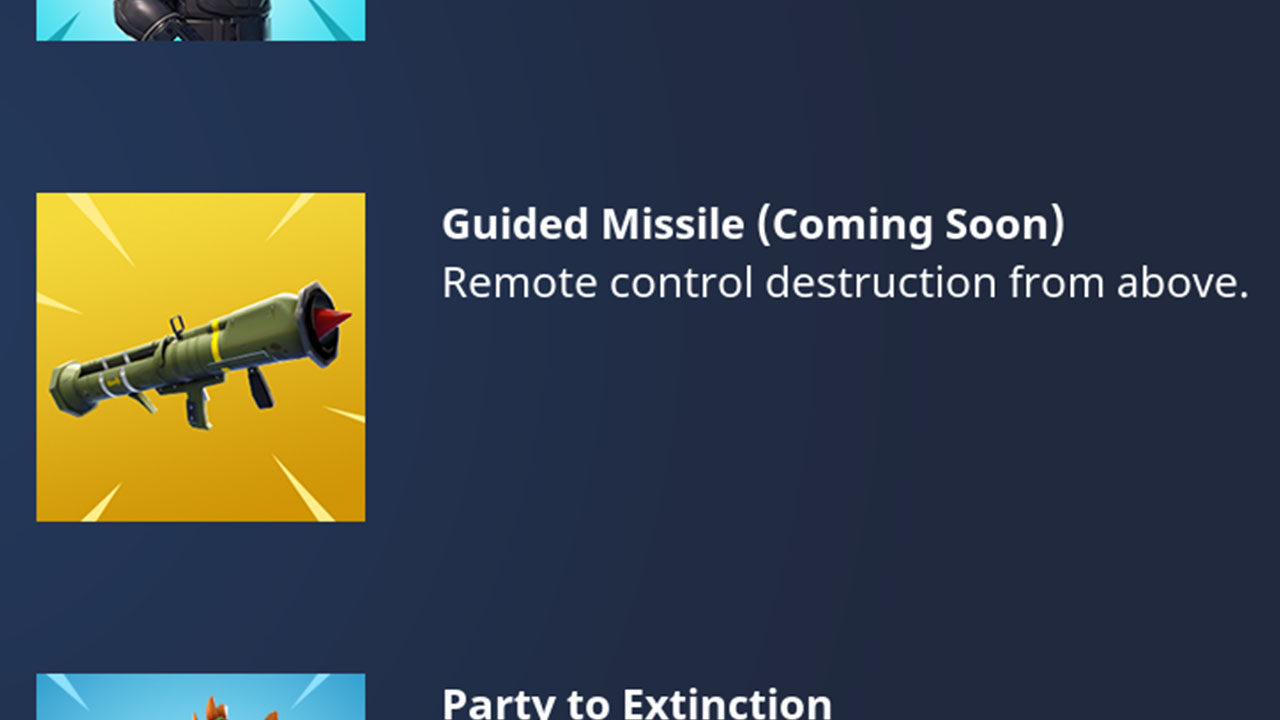 A Fortnite guided missile is apparently coming soon to the Battle Royale component. Announced through the in-game menu, the guided missile will allow for “remote control destruction from above.” That’s a curious description, and I have to wonder if this weapon will tie-in with the upcoming Limited Time Mode. We’ll have to wait and see.

With the Fortnite rocket launcher already being a controversial weapon, it’s going to be interesting to see how the community reacts to another explosive launcher being added to the game.

The Fortnite guided missile release date has yet to be confirmed. Epic Games has labelled it as “coming soon,” which usually means that it will be added within the week. However, as we’ve seen with the jetpack, delays can and sometimes do happen.