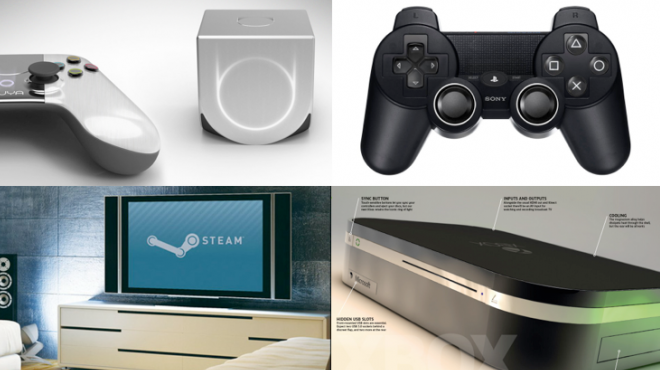 Next-gen buzz is at an all-time high as we inch closer to the hardware reveals – platforms on which you’ll be gaming for roughly the next decade – of companies like Microsoft and Sony. New rumors regarding Microsoft’s next project have surfaced while Sony fans look forward to a potential reveal of the next PlayStation this February 20th. Meanwhile Valve and and others gear up to make a stand with newcomers like the Steam Box and the OUYA.

To help you keep up to date with all the next-gen talk, we’ve rounded up the latest on all four consoles in an easy-to-read point form.

All details on Microsoft’s and Sony’s next-generation consoles below are gathered from various sources who state that the info originates from “unidentified,” or “inside” industry sources and, therefore, should not be considered fact until proven otherwise by official Microsoft or Sony channels.

Having gotten that out of the way, lets take a look at the latest on the next Xbox and PlayStation.

That about wraps up the latest on the big four next-generation consoles that we can look forward to in the coming months. At the moment, which platform is currently holding your interest the tightest?