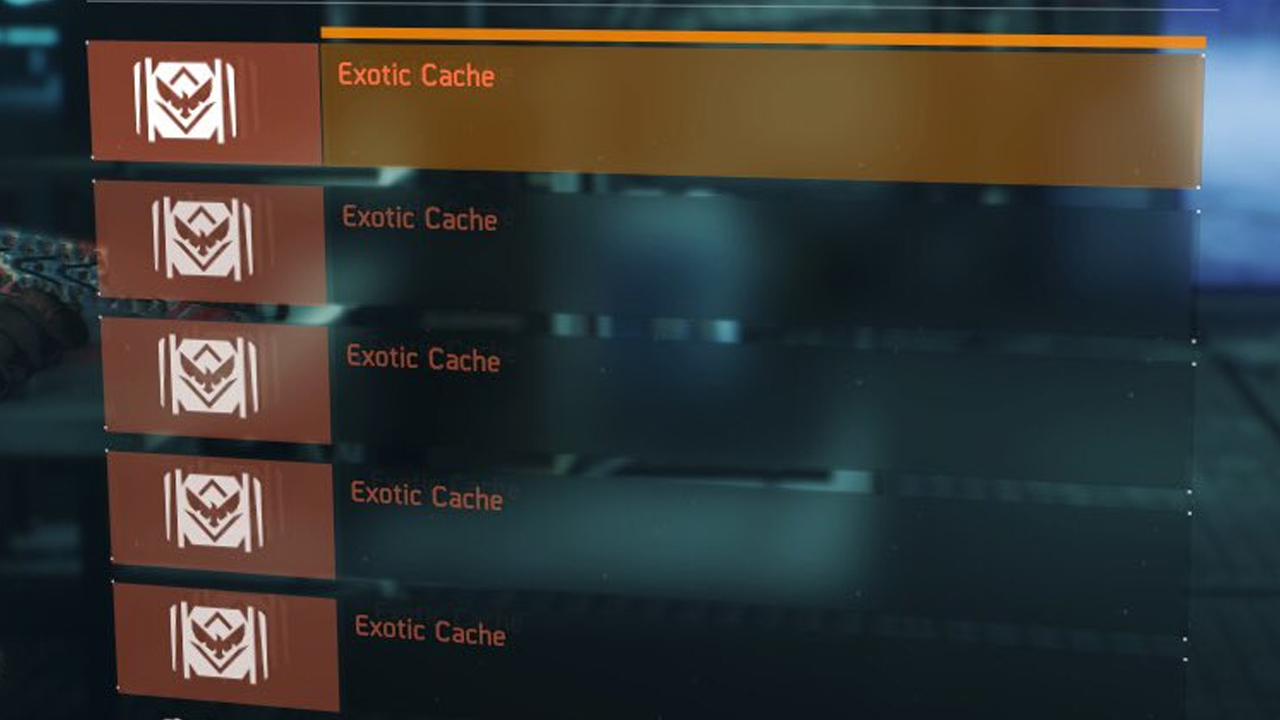 Exotic Caches earned during play in 1.7 will still have a chance to drop 1.8 Exotics, once the patch is live.

We’d recommending holding onto your Exotic Caches, waiting until the 1.8 patch is live, and then opening them all up. You’ll then have a greater chance at grabbing one of the four new Exotic weapons!

Agents! Are you saving your exotic caches until 1.8? Exotic caches earned in 1.7 will have a chance to drop the 4 new exotic weapons if opened in 1.8 #TheDivision pic.twitter.com/bSsJvcrSjZ

As mentioned before, this tweet was retweeted by the official Twitter account, so it’s worth paying attention to. Resist the temptation to open your caches early, and you’ll likely be rewarded!