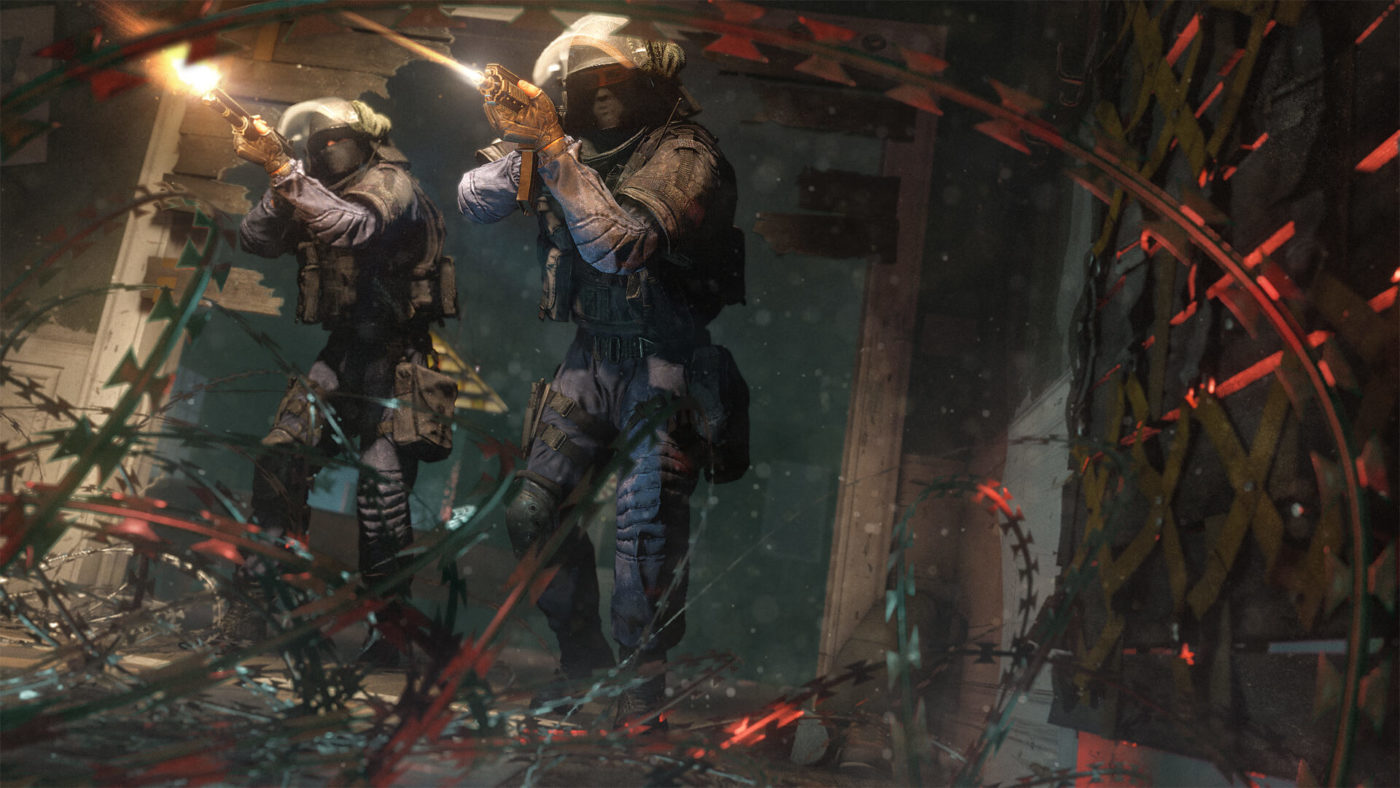 Over on the official Rainbow Six Siege Twitter account, Ubisoft posted an infographic which shows the different ways players have died, and which causes of death have been the most common.

Tracking since the beginning of the Blood Orchid season, it’s unsurprising to see that bullets were responsible for the majority of deaths. However, 0.1% of players died to the sledgehammer, which is pretty damn brutal!

Take a look at the infographic below: 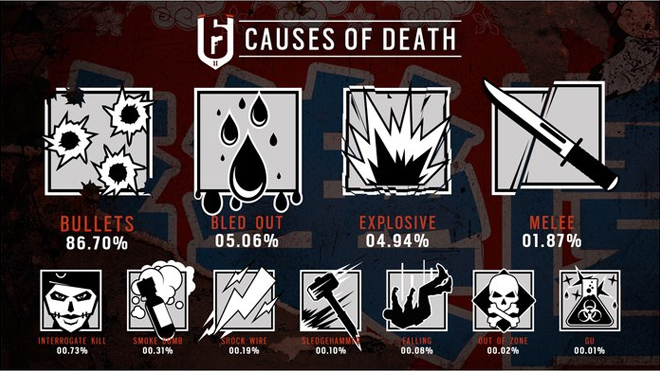 Hammer kills with Sledge sure are satisfying, but they only represent 0.1% of the causes of death.

Take a look at our first infographic, based on the most usual causes of death during Blood Orchid! pic.twitter.com/IhdFJERxHZ