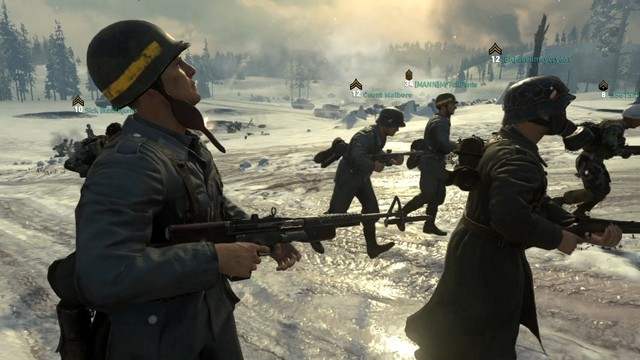 The full patch notes have been revealed by Sledgehammer! Check out the nerfs, tweaks and fixes below.

HQ STATUS UPDATE: After a bunch of testing, we are beginning to turn on fully populated Headquarters for everyone. As part of our latest patch, players simply select HQ via the MP menu. The core #CODWWII HQ experience is there, so players can compete, earn rewards, show off their accomplishments and connect with friends.

As mentioned by Sledgehammer Games last week, a new title update for Call of Duty: WWII has been rolled out on consoles (PlayStation 4 and Xbox One) as scheduled! Clocking in at 388MB on PS4, the update will bring in fixes to a certain map exploit, BAR nerfs, and adjustments to gun flinch! We’re hoping the update will also fix some of the issues Sledgehammer Games has acknowledged so far. We’ll get the patch notes out once it’s available.

Just this week, we posted a gameplay look at  some of the new guns headed to COD: WWII! You can watch it in the video below where it also shows a few of the new game modes coming to the shooter. Or check out how they look like in our gallery post. For the tweaks and updates, check out the complete patch notes below.

In other COD: WWII news, Sledgehammer Games boss Michael Condrey has said that COD: WWII has a “franchise-setting” low rate of bad spawns, and also shared why points per kill in Domination are at 50 instead of 100.  Finally, we also published an article listing down the multiplayer changes we want to see fixed ASAP.

For me personally, I hope the patch fixes the matchmaking issues that’s been plaguing the game (for me at least) since launch.  What do you want to see fixed in COD: WWII next? If you notice something that’s not in the patch notes (good or bad), feel free to leave a comment telling us why, and if it’s news-worthy, send us a tip at (tips at MP1st.com) and if we publish it, we’ll credit you.