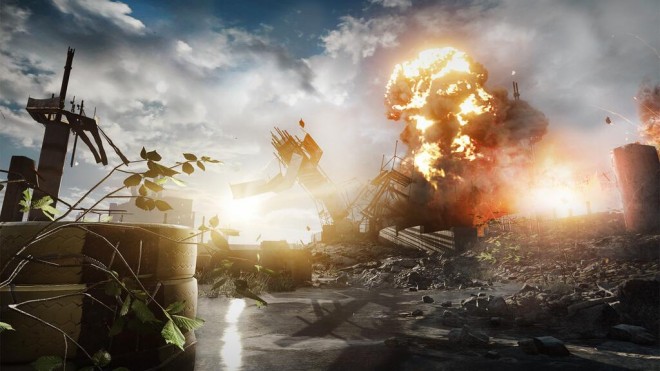 With the Xbox One cat finally out of the bag, so to speak, Battlefield developers DICE have taken to the media to make a few special announcements.

Earlier, DICE officially confirmed Battlefield 4‘s presence on the next-generation consoles – the Xbox One and PlayStation 4 – and revealed that the game would ship on October 29 for the Xbox 360, PlayStation3 and PC. They also announced and lightly detailed Battlefield 4’s first expansion pack, China Rising. You can read all about it here.

More recently, we’ve learned of a couple items that the studio will be showing off during this year’s E3.

For starters, DICE has confirmed that they “will be revealing even more information about Battlefield 4 at E3 2013 with a live multiplayer demo at 1 PM PDT on Monday, June 10.”

In addition, we’ll also be learning more about their plans for their Star Wars-licensed games around the same time. EA labels president Frank Giebeau wrote in a recent update, “our E3 briefing ‘The Download: EA 2013 Preview’ will be a showcase of next-generation games like Battlefield 4, Need For Speed, a full range of EA SPORTS games and a first look at our plans for the Star Wars partnership with Disney. Tune in on Monday, June 10 at 1pm PT on Spike TV or at www.ea.com/e3 to experience it all.”

DICE has updated their Facebook page with the following, indicating that multiplayer matches will be streamed during the E3 event, including commentary:

Of course, we’ll be covering all the latest on Battlefield 4 and DICE’s Star Wars games during E3, so make sure to keep your sights locked right here.