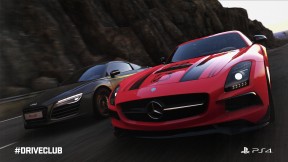 News 0 Remember Driveclub? Regardless if you have fond memories of the racing game or not, the online portion of the racing game is coming to an end. This was announced by Sony over on its official site, where it mentions that Driveclub VR, Driveclub Bikes will also be affected, too. Here’s the exact date when the […] 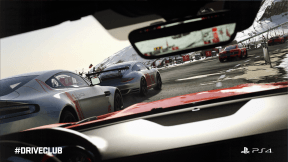 News 0 A new UK developer has sprung up in Liverpool by the name of Wushu Studios, who have announced that they’ll be working on creating games “with interesting mechanics, unique concepts and to deliver fun, refreshing gameplay experiences to players.” Lead by Alan McDermott, Nigel Kershaw, and Stuart Trevor, all former developers at Evolution Studios who created the […] 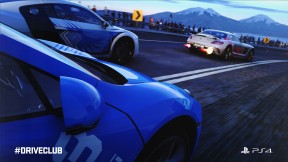 Driveclub Launches Next Week, Check Out The Latest “All Action” Trailer News 4

News 4 The PlayStation 4-exclusive racer Driveclub from Evolution Studios is on track to launch this Tuesday, October 7 and the developers have got a brand new “All Action” trailer to show you. The game’s PlayStation Plus edition is now available to pre-download on your PS4. You’ll find by visiting the game’s page on the PlayStation Store. You can also […] 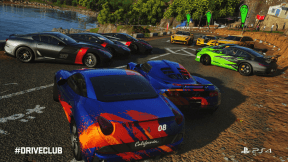 News 3 Starting October 7, Driveclub developer Evolution Studios has got a nine-month-long plan in place to deliver both free and paid content to fans of the PlayStation 4-exclusive racer, including new tracks and cars. According to Evolution in a recent blog entry, post-launch development will be influenced by what players do in the game and the feedback they share. Already […]

News 5 Words cannot describe how gorgeous this game is, so that is why we are leaving you with these two brand-new videos showing off just how realistic Driveclub looks running on the PlayStation 4. Evolution Studios has put together a brand new trailer for the PS4-exclusive racer, celebrating its presence at this year’s Gamescom. Below that, […]

News 13 Originally planned as a PlayStation 4-exclusive launch title, Driveclub is now dead-set to release this October and will no longer be receiving any sort of delays, according to developer Evolution Studios. “No. No. We’re improving the game past launch. But there is no more delays, we’re hitting the deadline. And it’s going to be beautiful,” […]

News 4 Driveclub, Sony’s exclusive PlayStation 4 racer in development at Evolution Studios, is allegedly set to have a beta in July. VG247 reports that Sony will announce the news at its E3 media briefing on June 9th, and that those who signed-up and have been accepted will get their official confirmation on July 1st. Driveclub is set […]

News 2 PlayStation access drills Evolution Studio community manager Jamie Brayshaw with 20 minutes of hand-selected questions from Driveclub fans wanting to learn more about the upcoming PlayStation 4-exclusive racer. The session covers basically all avenues of the game, so if you want to learn everything there is to know about Driveclub, definitely give the video above […] 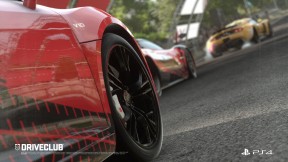 News 41 It’s hard for us to express just how enchanting the lush, green forests up here in Canada really are, but Evolution Studios does a pretty good job with this new high-definition footage of Driveclub captured on the PlayStation 4 in 1080p. Watch the Pagani Huayra tear up the track in the Cayoosh region of British Columbia, which happens […] 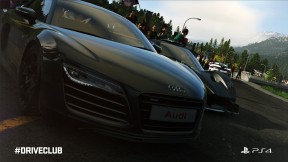 News 8 Driveclub developer Evolution Studios has outed two brand new trailers explaining a few of the PlayStation 4-exclusive racer’s staple features like Challenges and Clubs. PlayStation users will also want to take note of a significant change the studio is making to the free PlayStation Plus Edition of the game, first detailed yesterday. According to the PlayStation EU Blog, […]

News 10 Evolution Studios is giving racer fans a couple of options when it comes to how you want to play their upcoming next-gen PlayStation 4 driving game, Driveclub. According to community development manager Jamie Brayshaw, gamers will be able to pick up Driveclub on October 7 in one of two different ways; the standard Blu-ray disc edition, or the […] 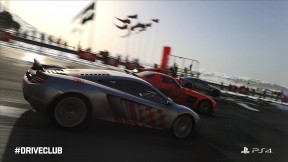 News 34 The PlayStation 4-exclusive racing game, Driveclub, will run at a 1080p resolution and 30 frames-per-second when it launches this October 7. Driveclub game director Paul Rustchynsky recently confirmed the information with VG247 in an interview, mentioning that developer Evolution Studios feels it is the best fit for the game. He said “[Striving for 60FPS] was something that […]

News 10 Evolution Studio released a brand new trailer and, as promised, they have announced that Driveclub will be releasing October 7th. The delayed had to do with not being able to deliver the content they wanted at launch, as explained on the PSBlog. “We planned for the game to be ready for early 2014 and are committed […] 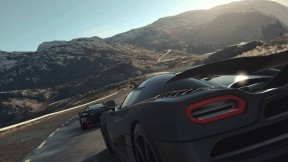 News 14 Still with no definite launch date, design director of Driveclub, Paul Rustchynsky, is letting followers people know that the PlayStation 4-exclusive team-based racer is still coming this year. @Megasoum Still coming 2014, unfortunately I can’t share any more. — Paul Rustchynsky (@Rushy33) April 11, 2014 Sony stated a few weeks back that they would give […]

News 6 The PlayStation 4-exclusive team-based racer Driveclub is making “spectacular” progress despite a number of recent changes and layoffs within Evolution Studios. SCEE recently told VideoGamer that the company “would like to make it very clear that the development of DRIVECLUB on PS4 is going from strength to strength,” in response to an inquiry about the changes […] 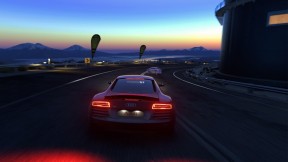 News 16 Originally planned to launch alongside the PlayStation 4, Driveclub may now finally have its long awaited release date. User 100mph of PSNation, reported seeing an official Tweet from the Driveclub Twitter handle, saying that the game would release on “9.4.14”. The Tweet, however, has since been removed and the studio now puts the game at […] 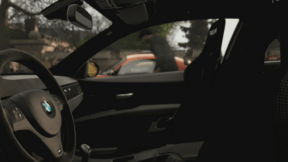 News 8 During today’s PlayStation meeting, Evolution Studios announced a racing title for the newly announced PlayStation 4 called Driveclub. The title’s gameplay will be heavily based on team-play and will feature real car licenses with immense detail being paid to vehicle specifications and likeness. It will be highly sociable, allowing races to be set up on […]