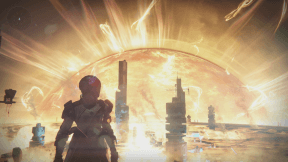 News 10 Check out The Lighthouse, a new social space on Mercury that’s only accessibly by achieving 9 wins and 0 losses in Destiny‘s Trials of Osiris event, now live until the weekly reset on Tuesday morning. The giant chest seen at the end of the video gifts players with various materials, including Etheric Light and more Trials Coins, […] 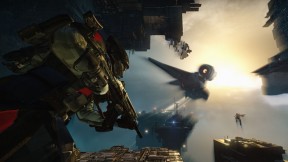 News 21 Bungie has supplied detailed patch notes for Destiny Update 1.2.0, which is currently rolling out on all platforms. In the notes, the studio has also provided a preview of the Hotfix that will go live on May 19 at around 10AM Pacific. This is the same hotfix that will unlock all of the new House […] 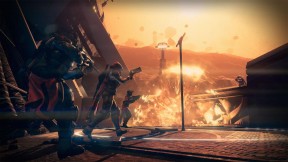 News 5 Update According to Bungie’s latest Weekly Update, the studio is aiming to launch Patch 1.2.0 tomorrow morning, Friday, May 15. “We’re in the final phases of testing and approval for the first update. Confidence is high. As soon as we’re ready, we’ll let you know,” Bungie Community Manager David “DeeJ” Dague wrote. “Currently, all signs […] 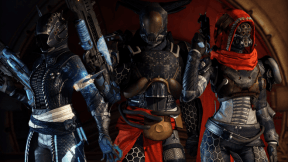 News 7 With the launch of Destiny Expansion II: House of Wolves right around the corner, expect your favorite Tower vendors to receive a fresh batch of stock, offering new weapons, armor, and class items. All of the new Vendor and Faction gear will be available to both DLC and non-DLC buyers, according to Bungie, so as long […] 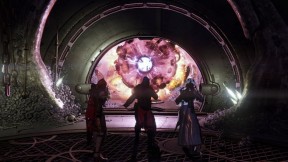 News 3 Continuing on with its live stream reveal campaign for Destiny’s upcoming House of Wolves expansion, Bungie tells all its willing to tell about the DLC’s new end-game, three-player, wave-based event called the Prison of Elders. For starters, Guardians will be able to participate in the base Prison of Elders’ event on any day of the week, […] 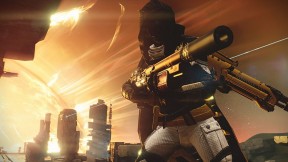 News 9 Streaming from their official Twitch channel, developer Bungie revealed to audiences the Trials of Osiris, the new competitive multiplayer event coming to Destiny with the launch of Expansion II: House of Wolves on May 19. The Trials of Osiris is an end-game competitive multiplayer event that players can buy entrance to once per week by […] 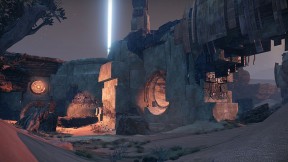 News 5 With the launch of Expansion II: House of Wolves on May 19, Destiny’s Crucible will welcome four new multiplayer maps to the rotation, one of which will be a timed-exclusive for those on PlayStation. We’ve rounded up gameplay on each map from various press and community members, as well as a few official screens. You […] 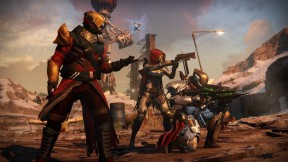 Destiny PvP Rewards Get An Overhaul With New House of Wolves Expansion, The Dark Below Maps Will Soon Be Free News 12

News 12 A new challenge awaits Crucible-goers in Destiny’s new Trials of Osiris PvP event, arriving with Expansion II: House of Wolves this May 19. But with the coming launch, there’s also a lot more to look forward to in regular competitive multiplayer playlists. Destiny PvP is getting a bit of an overhaul when it comes to rewards. […] 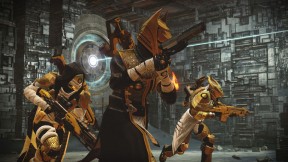 News 4 In preparation for tomorrow’s live stream reveal, developer Bungie teases Destiny’s new competitive multiplayer event launching with Expansion II: The House Of Wolves, this May 19. More will be revealed tomorrow at 11AM PST over on Bungie’s official Twitch channel, but we know that the Trials of Osiris will offer a new challenge to Destiny’s […] 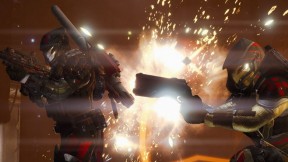 Destiny’s Commendations Are Going Away In Update 1.2.0, Iron Banner Returns Next Week With New Gear News 2

News 2 As an extension to yesterday’s big Destiny Expansion II: House of Wolves reveal, Bungie Community Manager “DeeJ” shares a few more details on how weapons and gear will be upgraded once the DLC lands on all platforms May 19. Commendations, which have been with Guardians since the game’s The Dark Below update, were originally introduced as a way […]

News 12 Following the conclusion of Bungie’s recent live stream event, which offered a tour of new content coming to Destiny in the House of Wolves expansion, the game’s official website has been updated with new descriptions and images you’ll definitely want to check out. Teasing the upcoming DLC, the site now contains new screens of some of the fancy new […] 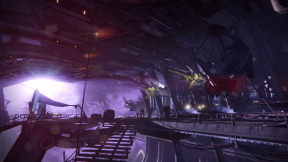 News 13 Broadcasting to audiences live through the power of the internet, Destiny developer Bungie shared a first look at The Reef, a brand new social space arriving with the House of Wolves expansion on May 19. The presenters, including Bungie’s Christopher Barret, Creative Director, and David Dague, Community Manager, offered viewers a tour through the new […] 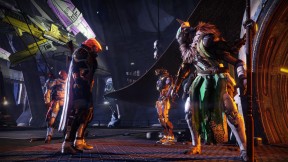 News 27 With the arrival of Destiny Expansion II: House of Wolves this May 19 comes a brand new social space located in The Reef where Guardians will be able to attend to new business and take on new quests. A full reveal is coming tomorrow, April 22 on Bungie’s official Twitch channel, says the studio, but […] 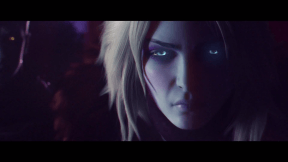 News 15 Digging deep into the game files of Bungie’s shared-world shooter following its most recent update, which launched earlier today, Reddit user “ShdwFlm” appears to have discovered nearly all of the upcoming content being added in Destiny’s upcoming House of Wolves DLC. Spoiler alert, for those sensitive to it. Officially, we know Expansion II will expand the game […] 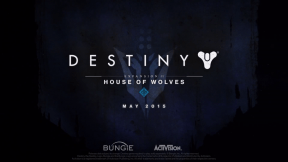 News 5 Destiny developer Bungie has announced May 19th as the day Guardians will begin a brand new adventure in the game’s second expansion titled House of Wolves. “The hunt begins on May 19th,” announced the studio on Twitter. “The conversation begins with a release date, and a glimpse into the world of the House of Wolves. You want […] 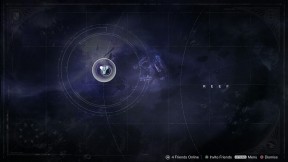 News 22 Following Destiny Update 1.1.1 earlier today, including fixes for the heavy ammo glitch, weapons tweaks, and general improvements, users dug deep into some of the updated game files to determine what new content is potentially arriving in Destiny’s upcoming House of Wolves DLC. Reddit users ShdwFlm and megamanexe4 both came up with similar results, discovering new quests, missions, and strikes, […] 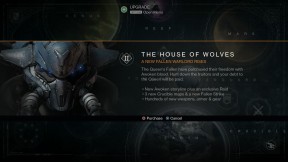 News 24 Earlier today, users of the Destiny sub-reddit were treated to some brand new DLC info thanks to a set of leaks originating from a Japanese user known as “megamanexe4”. The details and images posted suggest that Destiny’s second DLC, officially titled The House of Wolves, will launch on May 19. The images also offer a […]