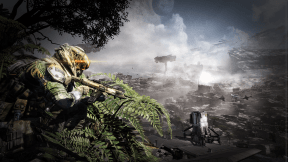 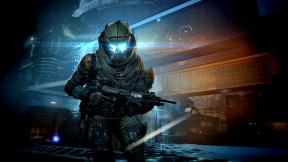 Titanfall, Titanfall Season Pass, and Grand Theft Auto 5 are Half Off Or More On Week-Long Xbox Special News 7

News 7 Instead of candy this Halloween, Microsoft is giving out a handful of notable deals to their Xbox One and Xbox 360 fans. On now, through to November 3, Respawn Entertainment’s sci-fi shooter Titanfall is 50% off on the Xbox One Store. Those looking to complete their experience with Titanfall’s Season Pass can also do so at […] 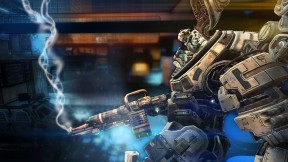 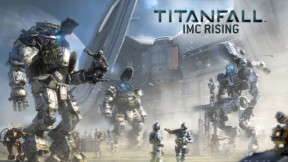 News 4 The third and final piece of downloadable content included in Titanfall‘s Season Pass is finally making its way to Xbox 360 users next week on October 21, developer Respawn Entertainment has announced. IMC Rising offers three new maps built for Titan on Titan, Pilot on Pilot, and Pilot on Titan gameplay — Backwater, Zone 18, and Sand Trap — and […] 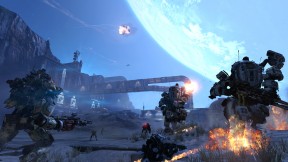 News 9 Titanfall’s third map pack, IMC Rising, is making its way to Xbox One and PC users today. It introduces three new multiplayer maps, Backwater, Zone 18, and Sand Trap, which you can see in action in the expansion’s official launch trailer. Like all Titanfall updates, IMC will also make its way to the Xbox 360 […]

News 18 Check out some of the first gameplay footage from Titanfall‘s upcoming DLC, IMC Rising. Included in Titanfall’s Season Pass, the third and final expansion for Respawn Entertainment’s shooter will introduce three new multiplayer maps, Backwater, Zone 18, and Sand Trap. It will be available on Xbox One and PC this Thursday, September 25. During the […]

News 12 A new multiplayer maps joins Backwater and Zone 18, rounding off the three new battlefields offered in Titanfall‘s upcoming DLC, IMC Rising. According to Respawn Entertainment’s Chris “Soupy” Dionne, Sand Trap his “attempt take some of [his] favorite lessons from Titanfall development along with some new ideas and put them together to make a brand new experience.” “One […] 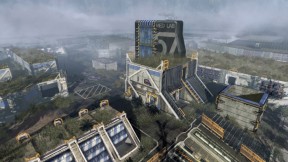 News 3 Joining Backwater, revealed just last week, is another multiplayer map being introduced in Titanfall’s upcoming IMC Rising DLC, coming to Xbox One, Xbox 360, and PC. “Inside an old IMC base hidden in the vast wilderness of the Dakota system, advanced IMC robotics research continues, despite the destruction of Hammond Robotics’ corporate headquarters on the […] 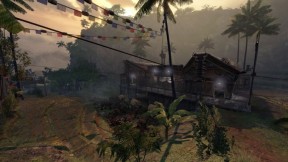 News 9 A solid launch date for Titanfall’s third DLC add-on, IMC Rising, is still up in the air, but developer Respawn Entertainment is dishing out details on the expansion’s first unveiled map, Backwater. Originally based on early concepts for the game itself, work on Backwater was never quite completed in time for launch. Respawn says early […] 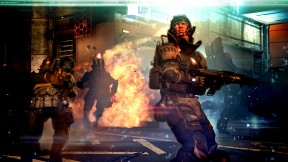 News 45 Titanfall‘s latest game update is arriving tomorrow, September 2, on Xbox One and PC, developer Respawn Entertainment announced today. Extend your holiday weekend and check out Game Update #6 tomorrow for Xbox One and PC. http://t.co/qyTLRoNtD4 #Titanfall — Titanfall (@Titanfallgame) September 2, 2014 The update, which arrives as the sixth major patch for the sci-fi […]

News 54 You’ve been requesting it, and Titanfall is finally getting it. In Game Update 6, announced today, developer Respawn Entertainment is introducing a brand new multiplayer mode called Pilot Skirmish that does away with both AI and Titans, pitting 8 pilots against another 8 pilots in straight up player vs. player combat. In addition, Marked For Death […] 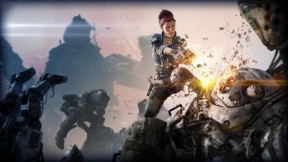 Titanfall 48-Hour Free Trial is Back on Origin, Standard and Deluxe Editions Now On Sale News 10

News 10 Game Time with Titanfall is back on EA Origin. The free 48-hour trial was first offered to Titanfall fans on PC back in June, providing access to the entire game, minus any paid DLC content, for a full 48 hours of in-game time. It’s now back and gamers will have access to the most up-to-date […] 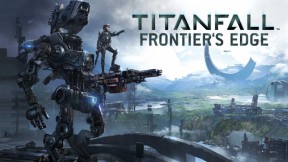 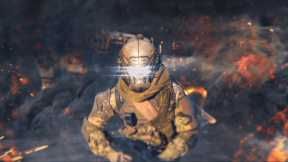 News 4 Debuting at Gamescom 2014, Titanfall developer Respawn Entertainment presented Playfight‘s ‘Free The Frontier’ mini-series spliced together as one impressive short film. Directed by William Chang, the film brings Titanfall’s universe to live-action. It’s a pretty cool watch that you can check out above. In addition, the studio also announced during EA’s Gamescom 2014 media briefing […]

News 6 Titanfall developer Respawn Entertainment took the stage during EA’s Gamescom 2014 media briefing to announce what the studio has been working on and will be bringing to their sci-fi shooter in the coming months. First up, Titanfall’s third map pack, included as a part of the game’s Season Pass or separately for $9.99, is coming […] 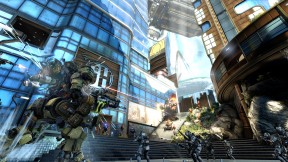 News 9 The latest updates are hitting Titanfall on Xbox One and PC today with the launch of the game’s second DLC pack, Frontier’s Edge, and latest patch, Game Update 5. Frontier’s Edge DLC introduces three new multiplayer maps, Dig Site, Export, and Haven. The trailer highlighting each can be viewed above. Game Update 5 will introduce […] 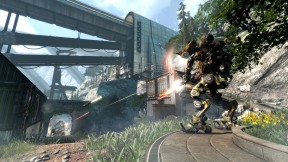 News 44 Game Update 5 will launch alongside Titanfall’s Frontier’s Edge DLC this July 31 on Xbox One and PC. It’s packed with a number of new features, including the Black Market, Daily Challenges, Campaing improvements, and important bug fixes. PC users will now be able to make use of the newly added multi-GPU support and will probably enjoy the […] 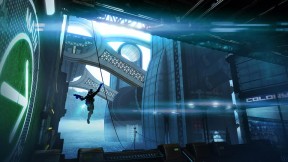 News 3 New images of Titanfall‘s upcoming Frontier’s Edge DLC have been posted on Respawn Entertainment’s official Facebook page. The expansion will offer three new multiplayer maps; Dig Site, Export, and Haven. It will launch on July 31 for Xbox One and PC for $9.99 as a standalone pack, or will be included in Titanfall’s Season Pass. […] 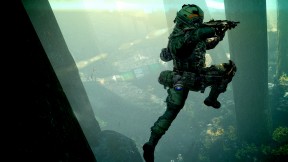 Is “Titanfall 2” Going to be a Third-Person Shooter? Job Listings Suggest New Action-Exploration Game In the Works News 40

News 40 Recent job postings for positions within Respawn Entertainment suggest the studio’s next project will some sort of third-person action/adventure game with elements of progression, story, and boss encounters. “Respawn is seeking a Senior Systems Designer to embrace and contribute to the project vision, specifically in the areas of hero control/mechanics, enemy design, AI behaviors, combat/weapons, class […] 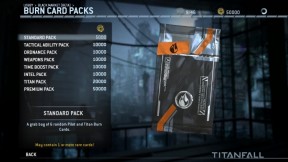